Moss Walls, the next big thing?

In the past year, the art of moss walls has taken off. As businesses have strived to improve customer and employee wellbeing, we have seen green walls becoming ever-present in offices and residential buildings. But why have moss walls become increasingly popular? Well, the answer is simple; they are perfect for the fast-paced lifestyle of the 21st century. They offer the lush greenery of the outdoors while requiring little to no maintenance! That’s right; they require no irrigation, no sunlight, or pruning! Not to mention, they offer a multitude of benefits for building occupants.

At the heart of the moss wall revolution is Om-Grown, a small business owned by Colleen Kennedy, with the help of Ryan Castro (Chief of Operations). Om-Grown is a female and veteran-founded company. Their business model stems from the concept of biophilic design, thus connecting people with nature through the art of moss walls. But why MOSS? Well, for Colleen Kennedy, it stems from her love of plants. With the pandemic keeping people inside, these preserved vibrant moss walls “keep people intact with nature,” says Colleen.  Her business idea became a reality when she met artist Ryan Castro in San Diego.  Together, the team will be the face of Om- Grown.

Dive into Biophilic Design with Om-Grown

The concept of biophilic design is the focal point of Om-Grown. The term was pioneered by Stephen F. Kellert, Yale University professor, who wished to integrate the presence of nature in the built environment. In doing this, Kellert argued that biophilic design seeks to improve human health and well being Read more about Kellert and biophilic design here.

“We will never be truly healthy, satisfied, or fulfilled if we live apart and alienated from the environment from which we evolved.”

Colleen told SuperMoss that they are hoping to “recreate the outdoor environment and bring it indoors” in their work. In pandemic times, this means a lot to people who do not have access to the outdoors. Colleen went on to say that the presence of natural elements indoors “increases productivity and profit goes up”. She is not wrong. There have been tons of scientific studies that confirm just this, such as this 2010 study which has proven that exposure to indoor plants leads to increased productivity and reduced stress levels.  This proves that when nature is present indoors, even in a preserved form, it has the ability to enhance the overall wellbeing and creativity of building occupants.

However, this is not a new concept. Looking back on human history, we can see how humans have developed collectively with nature. Think back to hunter-gatherer times- nomadic peoples depended on the flow of the seasons as a means for sustenance. In comes the Industrial Revolution and the advancement of agriculture, leading to more efficient means of food production, transportation and resource extraction. This drove humankind further and further away from nature, as nature alone could not support a rapidly growing population. It is through biophilic design and companies like Om-Grown that we are prompted to take a step back and revert to the times humans coexisted with nature.

“We are a business born out of the pandemic”- Colleen Kennedy

The Om-Grown team stressed that the pandemic was one of the biggest reasons they opened their small business. As many people do not have access to nature, especially during pandemic times, Colleen and Ryan set out to change this in their launch of Om-Grown. Some of us are fortunate enough to catch a glimpse of the ocean on the way to work, while the other 80% is not so lucky… The onset of COVID-19 made matters even worse for those under lockdown with little to no access to the outdoors. But in comes Om-Grown, a business that set out to change this! With the application of custom moss walls, Colleen and Ryan hoped to “bring nature home” in a  time when their community needed it the most.

As COVID-19 drove the globe into an economic crisis, the team used this opportunity to connect with local artisans, particularly interior designers and carpenters. Colleen emphasized, “we are proud of the relationships we’ve built in our community.” With the help of their local carpenters, they were able to come up with beautiful frames for each custom piece.

Ryan Castro, Chief of Operations, expressed how the start of their creations begins with “conceptual design”—this means spending time drawing out the design layout for the project before applying the moss. Generally, Ryan refers to his preset design, to which he then spends time sketching out a couple of ideas. Ryan’s studies in art and design come into play at this point. After this planning process, the drawings become a concrete design. They bring in the MOSS, and the fun begins!

Many of Ryan’s designs are inspired by topographic elements. By incorporating every dip and curve in the earth, these types of designs capture a love for the planet. Ryan expressed that this topographic inspiration comes from South America and Asia: “the Amazon River inspires me because of the large amount of vegetation and water flow it boasts.” (See below image)

Reindeer moss is the most widely used SuperMoss product that Colleen and Ryan utilize for their projects. Its spongey texture is essential for their designs, offering a sort of lively touch and textural impact. Forest green is the color they use the most of, along with the lighter shades of green, such as ‘apple’ and ‘basil’ for shading. They have even used vibrant colors of “Azul” and “Mango” for a client who requested a piece with a pop of color. A Turning Point for Om-Grown…

One of the team’s first and most notable clients is a brewery in San Diego. They were asked to make a 48 square foot moss wall for the taproom. They created this piece in their home state of Colorado and then physically drove it to southern California to ensure it would get there intact. This piece, Colleen exclaimed, “uses all of the things we take pride in,” such as “texture, color variation and different types of moss.”

When the team stepped back and looked at what they had created, they were in awe. This was the moment the dream became a reality.

Since the launch of their business roughly one year ago, the Om-Grown team announced that they have continued to flourish and grow. They have successfully expanded their client base and are shipping out large pieces to the east coast. Talk about a pandemic success story…!

The team mentioned tapping into the trades of shipping and carpentry, to which Colleen noted they had little to no experience. “There’s just no playbook and guidelines” for these kinds of things, says Colleen. When they are asked to ship a large project to another state, Ryan noted that they “PRAY” it gets there in one piece. And so far, they have had nothing but success. They were delighted to share that they have adopted a “sense of community with their clients.” This is one of the many reasons to opt for local and small businesses to ensure the kind of customer satisfaction Om-Grown will provide. …so what’s next for Om-Grown?

The team was excited to share that they have a couple of projects in the works. They are looking forward to a project with their local Children’s Hospital, which will be an interactive moss wall! They were also thrilled to share that their next project will be a custom moss wall for Starbucks. This project is underway and will be completed in the next couple of weeks.  Their goal is to continue to unite their community and provide the tranquility of nature indoors, even in post-pandemic times. By engaging in local projects, the team hopes to “incorporate biophilic design into spaces where you may be surprised to find it, such as your local grocery store or health club.” There is no better way to give back to your community than adding a little greenery to your local stores!

A word from Colleen to young creatives…

“You are either working for yourself and your dream, or you are working for others to build their dreams.”  This quote spoke to Colleen as she was pondering the idea of starting her own business. She encourages others to work HARD to fulfill their OWN dreams and celebrate the little things in life. After all, you might just end up doing what you love for a living! The SuperMoss Guide to Moss

Moss Walls, the next big thing? In the past year, the art of moss walls has taken off. As businesses have strived to improve customer and employee wellbeing, we have seen green walls becoming ever-present in offices and residential buildings. But why have moss walls become increasingly popular? Well, the answer is simple; they are […] How to Make Your Own Beach Style Terrarium

Looking for another green DIY project? SuperMoss has got you covered! This time, its terrariums! Terrariums are miniature gardens, often... read more

8 Tips: How to Care for Your New Air Plant

Air plants have become quite popular in recent years! These little guys are easy to care for and make... read more How to Make Your Own Moss Wall

Moss walls have become increasingly popular in recent years. They are a great addition to almost any home, adding... read more 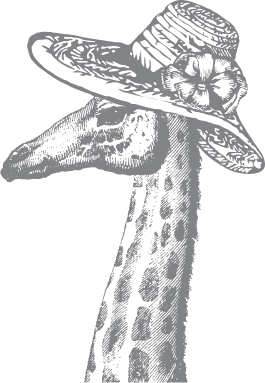